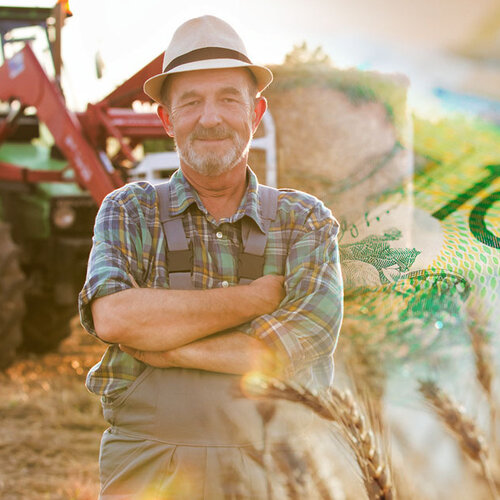 Rising iron prices will “frustrate the hell” out of China President Xi Jinping, as Australia pushes past trade sanctions to its fourth-largest trade surplus on record.
That’s according to independent economist Saul Eslake, who said China’s trade war against Australia wasn’t having the effect it had hoped for.
Over the month of December, exports to China increased 25 per cent to $9.8 billion, according to preliminary data published by the ABS on Monday.

Iron ore accounted for 80 per cent of the exports to China, underpinning a 16 per cent increase in the value of Australia’s total monthly exports to $34.9 billion.

It drove Australia’s goods trade surplus (exports minus imports) up 18.4 per cent to $9 billion, helped along by a 9 per cent decline in imports.

Mr Eslake told The New Daily China “has no alternative” to Australian iron ore, which has so far been left out of the ongoing trade disputes.

“It’s offsetting the impact of the trade sanctions [that China is] imposing on a wide range of other [Australian goods],” he said.

China bought 11 per cent more Australian iron ore in December than in November, and paid 9 per cent more per tonne, as prices increased to more than $200 per tonne.

The double-whammy more than offset the impact of China’s sanctions on goods like barley, lobster and coal, which are widely regarded as retaliation for Australia’s foreign interference laws and human rights commentary.

The trade war has seen talks between trade officials ground to a halt over the past nine months.

Prime Minister Scott Morrison on Monday said it was unlikely he would meet Xi Jinping to discuss the relationship, unless China accepted a meeting with no policy conditions.

Although iron exports remain strong, the trade sanctions and disruptions from COVID-19 coincided with a 2.1 per cent decline in exports to China over 2020.

But businesses are diversifying, particularly in industries disrupted by China’s tactics, in what the ABS said showed a “steely resolve” among exporters.

Barley exports over the month of December increased by a record 254 per cent, as demand spiked from nations like Saudi Arabia, which bought $106 million worth.

Elsewhere, coal exports increased 26 per cent month on month to $173 million, as nations like Japan, India and South Korea increased their orders.

Coking coal exports increased 27 per cent to Japan, 38 per cent to India and 48 per cent to South Korea, while trade with nations like Saudi Arabia, Switzerland and France skyrocketed in December and annually.

Although both markets pale in comparison to the China trade, Export Council of Australia chair Dianne Tipping said the figures are an early sign that businesses are finding new buyers.

“COVID-19 has really highlighted the issues … with having our eggs all in one basket,” Ms Tipping told The New Daily. “So it’s exciting to see businesses start to expand the diversity of trade.”

China remains Australia’s largest and most influential trading partner, though, and broke a record of its own in December, buying $250 million worth of Australian wheat.

China had not bought any wheat for four months prior and its return to the market eclipsed monthly wheat exports to any country on record.

The ABS will publish final trade figures for December, including the services trade, on February 4.