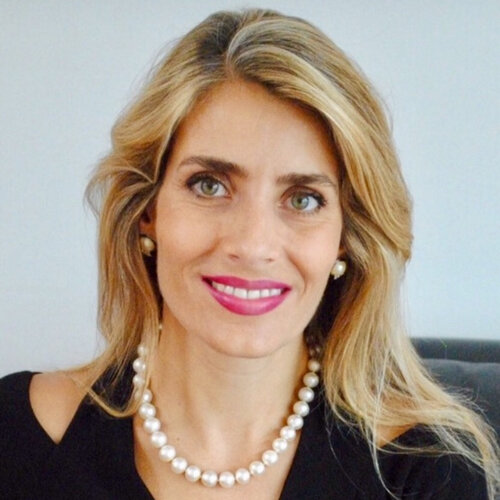 Opinion: How setting a net-zero target will put us ahead

Although I’ve never been a big fan of setting targets, I must admit that when it comes to improving female representation in politics and to setting a net-zero emissions target, the benefits are clear.

In the case of women, the road to political success is paved with female casualties and waiting for a cultural change to happen organically is unrealistic. In the case of climate change, the road to net zero is paved with uncertainty, and waiting for the market to take us there without legislating a target is unwise.
The Coalition is on the right track. Setting a net-zero target would exert substantial influence on five important areas: trade, soft power, neutralising the ‘left’ , economic growth and jobs.
Trade policies are likely to become more aligned with tackling climate change and the lack of a legislated target could become a handicap for Australia’s trade and international relations, limiting our scope to do deals and in the worst-case scenario, exposing us to sanctions or tariffs. These are some signals that Australia cannot ignore:

We’ve got the power

We don’t expect Australia to be dancing to other nations’ tunes, but we need to syncronise our climate policies with those of our allies, keeping up with the pace and rhythm expected from a developed economy of our calibre.

Setting a target would enhance Australia’s soft power, allowing us to join like-minded nations that have committed to a net-zero and that are crucial to Australia’s trade and regional prosperity like Japan, South Korea, the Pacific Islands, the US and most European countries.

Our government is committed to playing its vital role in decarbonising and supporting the Pacific, improving energy security, supporting climate action to prevent sea level rise, and to help ensure their military protection. Setting a target will invigorate our global standing in the Pacific region.

Rage against the machine

If our conservative governments do not deal with climate challenges, we run the risk of the young generations resorting to more extreme solutions.

While interviewing former EU Commissioner for Climate Action, Connie Hedegaard, on Sunday at our Coalition for Conservation event on climate resilience, she said: “For those in favour of capitalism, we must show that we can handle this crisis, or we might be faced with the young generations calling for more radical reform like a total change of system”.

This is by far one of the most serious predicaments our conservative governments are facing if we don’t show we are concerned and prove we are taking steps towards net-zero goals.

The most elementary examination of Australia’s employment data makes one very clear conclusion: fossil fuel-reliant jobs are few and at-risk, while jobs in renewables are growing at a higher rate.

The ABS data reveals that between 2017 to 2018, employment in renewables grew by 27 per cent to 26,850 jobs. The most recent Clean Energy Council report has found that the sector could potentially employ 44,000 Australians by 2025, with the majority of these jobs in regional areas.

The EY Report ‘Australian Renewable Export COVID-19 Recovery Package’ released in 2020 estimated that every $1 million spent on renewable energy and exports creates 4.8 full-time jobs in renewable infrastructure or 4.95 jobs in energy efficiency. By comparison, $1 million on fossil fuel projects has been found to create 1.7 full-time jobs.

A target would assist in speeding the various pipeline projects that can place Australia in the pole position.

A net-zero target would provide the necessary signal to the market to begin those job transitions, avoiding the mass structural unemployment that would arise otherwise.

One thing leads to another

Setting a target would signal that we are serious about walking the talk to reach our Paris Agreement commitments, bringing a desirable level of certainty, conveying a semblance of confidence to corporates and investors and cementing our space as leaders in technologies and renewables internationally, rather than camouflaging our potential behind a lack of policy.

A target would assist in speeding the various pipeline projects that can place Australia in the pole position, bring the returns to superannuation firms free from exposure to stranded assets and position Australia as a clean energy exporter.

How soon is now

For those who feel that setting a target could either be a bake-off without ingredients or a promise we cannot fulfil, I would argue that Australia is one of the most reliable countries to achieve this goal. At federal level, the Coalition government with Minister Angus Taylor has set the pathway to achieve emissions reduction through the Technology Roadmap, and our states have set ambitious targets accompanied by sensible policies supporting clean technologies.

Progress can only come with change and we should set up a target now. If there’s no reasonable cause not to do it, let’s support our Prime Minister, so it’s done while it is still a choice, not an ultimatum.

Cristina Talacko is chair of the Coalition for Conservation and a Director of the Export Council of Australia.