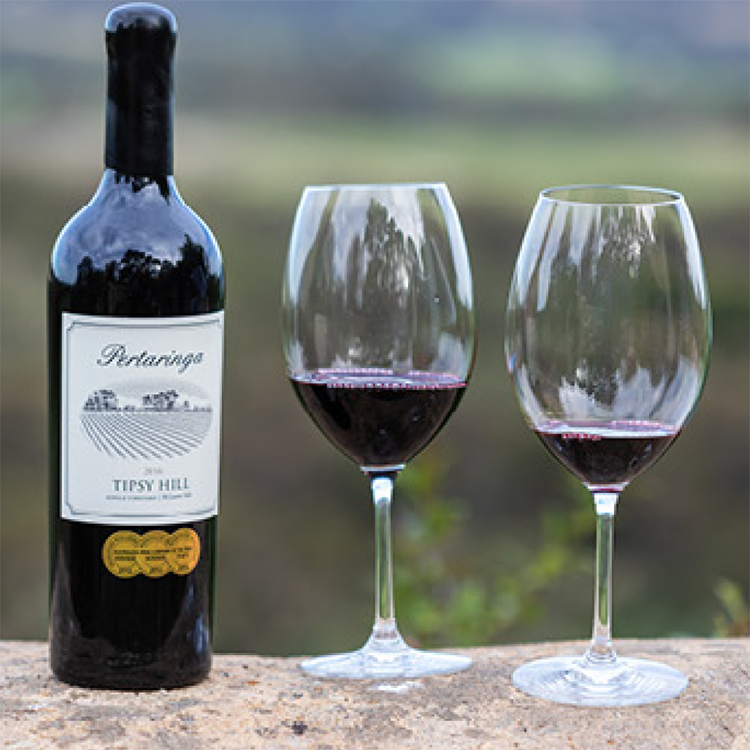 When winemaker Bec Hardy took over the Pertaringa brand from her father to add to her existing wine business, she never expected to be doing it during a global pandemic. But this unprecedented challenge prompted her to pivot in bold new ways.

Based in McLaren Vale, Bec is the first female winemaker in a six-generation wine family. Alongside her husband, Richard Dolan, she managed the brands within her father’s business, Wines by Geoff Hardy, growing exports by 2,300% and increasing production almost five-fold in the past eight years. Bec also crafts premium wines under her own label, Bec Hardy Wines.
In 2020, as part of the Hardy family’s succession planning, Bec and Richard acquired the 40-year-old Pertaringa brand. But then the pandemic hit, and the future suddenly seemed uncertain.
“We began to question whether the business was totally viable going forward,” says Richard, who is Joint Managing Director at Bec Hardy Wines. “It required us take a huge leap of faith.”
With overseas travel halted, the international relationships that Bec and Richard had nurtured over the years – and which were needed to ensure a smooth transition of the business – were in jeopardy. Distribution channels were impacted and business growth was threatened. Bec and Richard also had to close the cellar door, which meant another blow to revenue.
Carving out new paths to success
To keep the business going and successfully transition the Pertaringa brand, Bec and Richard had to think differently. Inspired by strong family role models, including Richard’s 84-year-old father who still helps out in the winery, they forged ahead.
“While export could not continue in the same way as before, we remained optimistic and decided to focus on what we could control, not what we couldn’t,” says Bec.
That meant shifting their focus from overseas markets to Australia. They took the opportunity to grow brand awareness domestically, securing media coverage through public relations and strengthening their digital presence.
These efforts paid off: online sales soared, hitting a high point one day in April when sales increased eight-fold on the previous highest sales day. Bec and Richard also created some unique onsite tourism experiences and made improvements to the cellar door.
To help futureproof the business, Bec and Richard adapted and diversified their export strategy to target nine new markets (previously about 60 per cent of products went to China).
The US is their top priority market, followed by Asian markets including Japan and Korea. Looking ahead, they also plan to target the UK and Europe.
“A lot of work we’re doing now has a domestic audience but there’s also an international aspect, to position the business for when borders reopen,” says Richard.
As a result of Bec and Richard’s quick decision-making and courage to pivot, Bec Hardy Wines, which now incorporates the Pertaringa brand, has not just survived but grown in new ways. The domestic brand is stronger than ever, export sales have continued and the business has a strategy to support global expansion as the world emerges from the pandemic.
“Sure there are lots of challenges now, but it’s also a great opportunity to build a stronger business for the future,” says Richard. “Where can you make a different dollar if an opportunity is closed? If you can get through this, then you’re going to be able to face anything.”