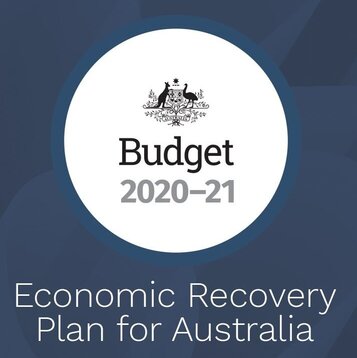 Australian exports by value (of both goods and services) fell by 4 per cent in the month of August. That drop, however, does not fully capture the difficult struggle many small and medium sized exporters are currently facing.

So along with encouraging business investment and consumer spending, the Government needs to put sufficient attention on international trade.
If the Government seeks strong economic recovery, it needs to ignite all economic engines.
The 2020-21 Budget Statement delivered by the Treasurer, Josh Frydenberg, last night mostly achieves that.
The Export Council of Australia welcomes the announcement of the JobMaker hiring credit to encourage businesses to hire young people, the JobTrainer in support of training places, and write-off for the full value of eligible assets purchased by businesses.
We are supportive of the Government’s proposed investments in the manufacturing sector, which include the Modern Manufacturing Initiative, and the Supply Chain Resilience Initiative. The focus on recycling and alternative energy, as well as the boost in R&D funding, are forward-looking initiatives that would lay useful foundations. As a comparatively small domestic market, Australian manufacturers’ longer-term growth and success will require them to look overseas.
In addition, we welcome the proposed infrastructure investments, such as the Wheatbelt Secondary Freight Network in Western Australia, and the support package for regional areas which include funding for agricultural exporters. The Busting Congestion for Agricultural Exporters Package announced by the Agriculture Minister, David Littleproud, can be a game-changer.

Earlier announcements, such as the Digital Infrastructure package, which includes rollout of 5G and commercial testing in sectors such as agriculture, logistics and manufacturing, as well as the initiative in support of fintechs for financial services exports, should have a positive impact on Australian exporters.

We are pleased with the extension of JobKeeper. This is keeping many SME exporters afloat. However, we are now hearing of businesses being questioned by the ATO, seeking to distinguish whether their decline was due to Covid or otherwise. This is an additional stress businesses do not need and is counter to keeping people employed.
We had hoped the Treasurer would make international trade a key component of the Budget economic recovery narrative, because consumer spending could remain subdued in the immediate future, and manufacturing success will depend on exporting for growth.
Nevertheless, in a separate media release by the Trade Minister, Simon Birmingham, he highlighted the crucial role of international trade to Australia’s economic recovery. We particularly welcome the $317.1 million extension to the International Freight Assistance Mechanism until next year, and the establishment of a Joint Ministerial Taskforce on Simplified Trade.
We look forward to working with the Trade Minister and the rest of the Government to developing a clear plan that would help get goods moving again across borders in an efficient and affordable setting.
Such a plan should in the least involve expedited clearance processes for exports as well as imports, modernisation and interoperability between government and industry logistics ‘single windows’ systems, and coordination between key trade partners in enabling transport corridors, including travel bubbles.
Such a plan would give more than 46,000 small and medium sized Australian exporters (of goods) clarity and confidence as to when they can restart their livelihoods.
This Budget mostly delivers the right ingredients for SMEs to keep functioning in the short-term, the next phase will be to ensure they become competitive and successful in the global context.