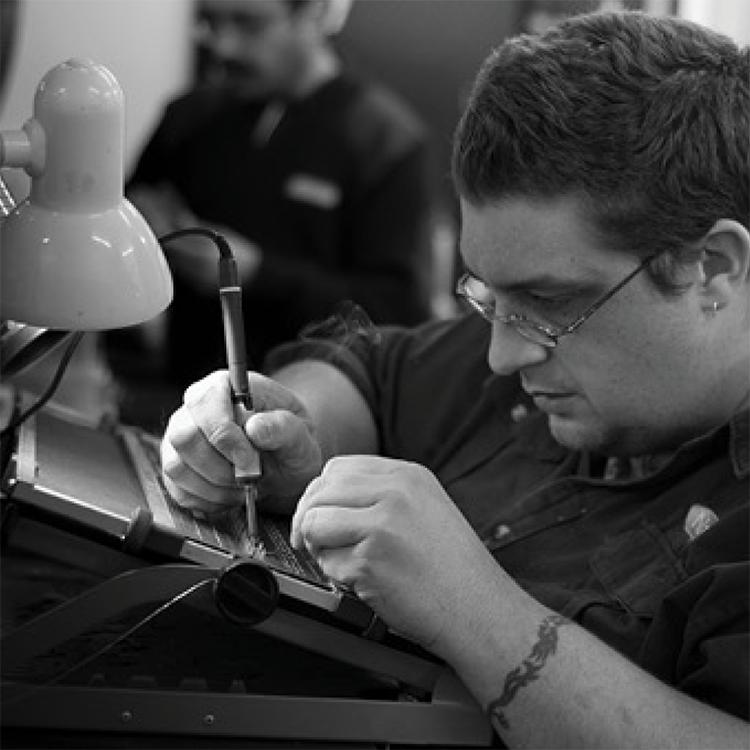 Novaris also provides signal protection for control systems, rail applications, data networks and communication facilities across its two manufacturing facilities in Australia and Malaysia. Diane Tompson, Novaris Managing Director and joint founder with husband Phillip, said she sensed trouble and began to worry in early January, after unexpected supply issues started to occur.
“All our Chinese suppliers of specialised componentry such as printed circuit boards, capacitors, resistors used in the assembly of products in Australia were unable to be shipped – production just ground to a halt,” said Ms Tompson.
“Our fears and concerns were heightened in February, when the Malaysian Government shut down the country and with less than 12 hours’ notice, we were forced to halt production at our factory.
“Employers were told to pay their staff for the entire time workers were at home and unable to work. Our sales manager based in Malaysia returned home to Singapore before the deadline prevented him from entering the country.
“We had no time to ship partially constructed products back to Australia to finish projects for our clients across Asia-Pacific, Europe, Africa and the Middle East. “Added to this, work orders didn’t stop coming in. Demand for products became far greater than we expected. “Requests to supply small signal lines used in switch boards by board builders were also coming in, but we didn’t produce them in Tasmania,” said Ms Tompson.
In Australia, having access to specialist parts was also critical given the array of clients Novaris services such as Queensland Rail and Victoria Rail. The company also manages the rail infrastructure in the Pilbara, Western Australia owned by BHP and Rio Tinto.
Looking for solutions, Novaris made numerous applications to the Malaysian Government asking for special permits to re-open as an essential services company but all were knocked back – until DFAT Kuala Lumpur stepped in. “DFAT KL and the consulate staff were fabulous. After we contacted them for help, DFAT told us to re-apply. After we re-applied, we were advised later that same day permits would be issued. The irony was the staff member who helped us get the permit was originally from Tassie too,” said Ms Tompson.
“Our staff who come from mostly small villages, were elated to be back working and earning an income and we were too. The closure had placed significant financial strain on our resources and we were worried we’d run out of funds,” said Ms Tompson.
Philip Tompson, joint founder and Director of R&D, said through DFAT’s assistance they were allowed to get nine of their 40 workers back into the factory to arrange shipment of stock needed to finish projects in Australia. “Our first priority was ensuring our staff would be safe. We then immediately made all senior staff work from home and salespeople used Zoom and the phone to connect with our distributors and partners; as travel was no longer a luxury we could afford,” said Mr Tompson.
“The greatest change was making our Australian factory more flexible in its manufacturing abilities. We went from a company with clearly defined parameters of small product manufactured in Malaysia and larger devices in Australia, to completely different products being produced in Australia,” he added.
The Hobart-based factory had focused on research and development, factory testing and large manufacturing and had limitations to produce specific and small products which led to the expansion into Malaysia in 2003.