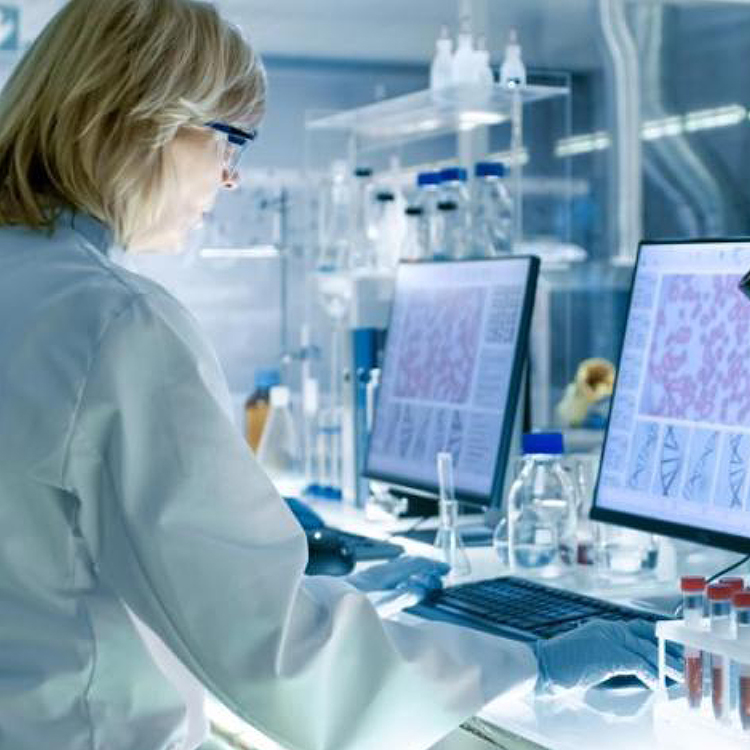 How did the innovation system respond to COVID-19? The latest publication from the Centre for Economic Policy Research looks at what happened. The ebook, written in collaboration with the EPO, the USPTO and WIPO, explores how sectors in the innovation ecosystem adjusted.

COVID-19 has caused substantial losses to public health and prompted major economic changes worldwide. The decline in global GDP in 2020 turned out to be the biggest annual decline since WWII (Gopinath 2021, IMF 2021).

Previous crises have shown that innovators, despite their long-term focus, are not immune to short-term disruptions. At the same time, crises can also be a catalyst for innovation, as they alter societies’ immediate and future technological needs.

Our economics team were pleased to contribute a Chapter analysing the growth of innovative activities and IP applications through the COVID-19 shock. Chapter 10 focuses on IP assets used to store and trade value during times of uncertainty, showing how record trade mark applications reflected waves of entrepreneurship in Australia.

It is evident that entrepreneurship in digital and health related technologies is fast growing across countries, fostered by the rapid adoption of new tools, systems and devices by scientists and creative professionals.

It is great to see how this book validates the findings of our 2022 IP Report and places Australia’s story in the global picture. It confirms that the growth in innovation and IP activity across the Australian IP landscape reflects broader patterns of resilience and change within the global economy. 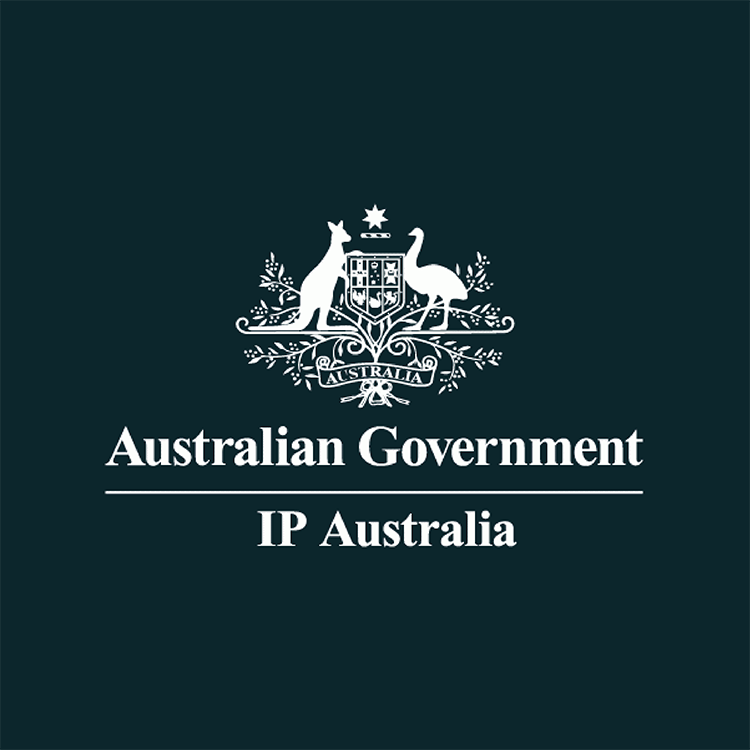 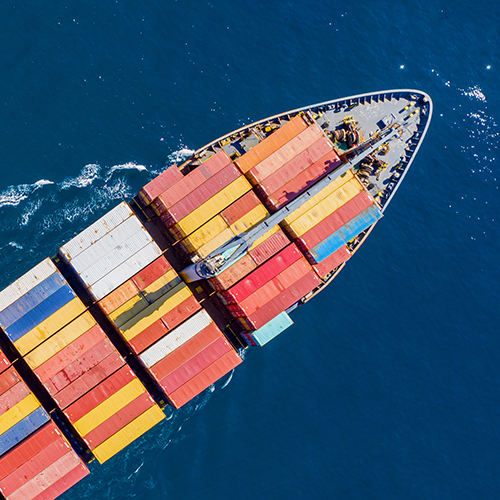 The Australian government has strengthened its commitment to streamlining trade with the recent Federal Budget announcement committing a further $267 million to the Simplified Trade System.

The quantum of Australian exports is large and growing. But it hides the on-the-ground reality of Australia’s 57,000 exporters. For many of them, the experience of exporting is often daunting. 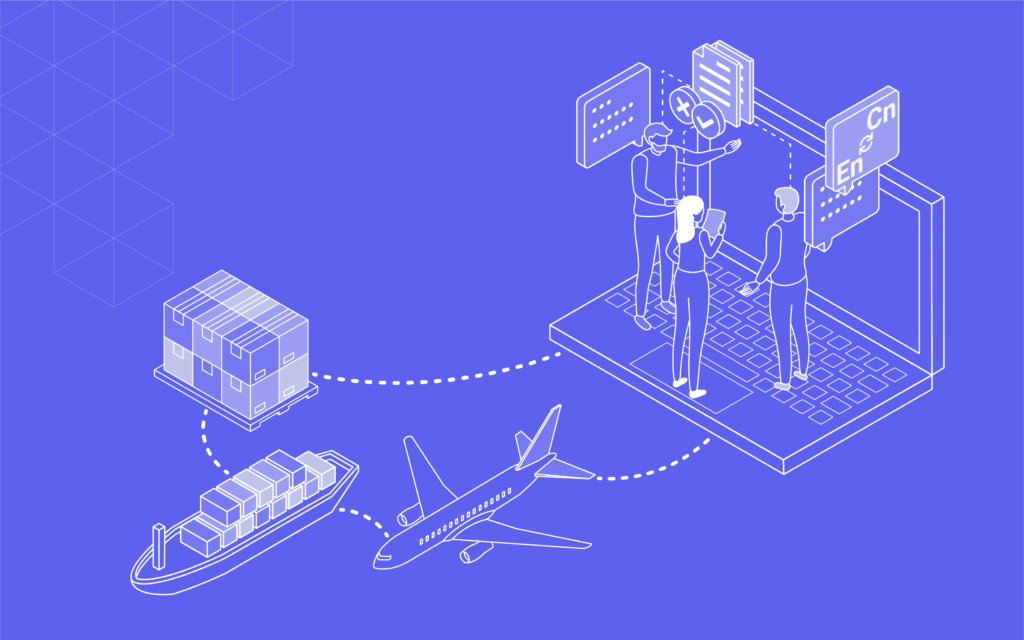 At present, the regulations that impact cross-border goods are administered by a multitude of Commonwealth government agencies. Consequently, exporters have to meet a multitude of requirements, including the same trade data from different agencies.

Our exporting counterparts across the OECD take an average of just four hours to complete documentations for a trade transaction, while Australian exporters slog away for seven.

The World Bank reports that we also face much higher compliance costs. Here in Australia, it costs $354 (2019) to prepare a set of shipping documents, 86% higher than the costs of our OECD counterparts.

We back ourselves to take on the world, but we’re ranked 106th when it comes to getting our goods across Australia’s borders.

This year’s budget announcements suggest an amplification of efforts to create a seamless, efficient modern trade system. This digitalisation can bring Australian trade up to the standards already enjoyed by exporters in hundreds of other countries.

NZIER, a well-respected economic think-tank, suggests that digitalisation of cross-border trade compliance has the potential to fundamentally change how trade is conducted. They estimate that the benefits for economies in the Asia-Pacific region would be between US$8–17 billion over ten years.

Digital trade facilitation is predicted to offer the following benefits:

The prospects for Australia having a ‘tell us once’ trade system is extremely encouraging. There are existing technologies out there that can turn this into reality.

TradeWindow, a software company working with 400 leading exporters and freight forwarders in Australasia, has made significant gains in connecting the commercial, logistics, finance and government data silos present in all global supply chains… 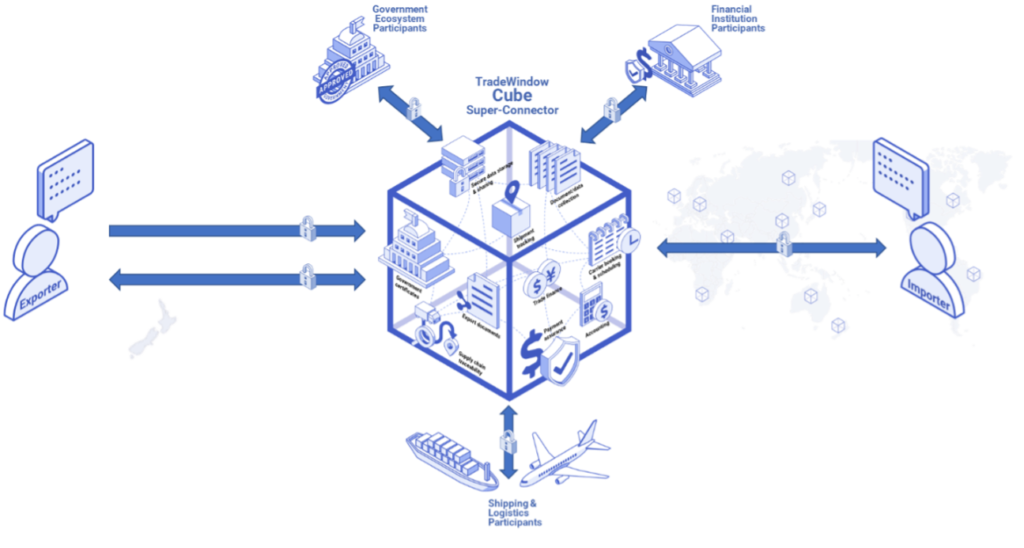 This takes exporters a step closer to realising the vision of end-to-end digital trade facilitation where all parties across the supply chain can work from a single source of truth.

TradeWindow is part of a new generation of solutions, backed by blockchain. It delivers ‘trust’ between parties through a highly secure, encrypted digital platform. This enables trade parties to share data because it is interoperable with other computer systems across the trade ecosystem.  Sharing data from source reduces duplication of effort, minimises errors, streamlines compliance, supports product provenance and accelerates trade.

TradeWindow believes that new technology is only part of the equation to deliver the ‘joined up’ solutions envisaged by the Simplified Trade Taskforce. The company’s Chief Executive Officer AJ Smith says we also need ongoing change management.

“Our trade and logistics sectors are often too busy with the task at hand to investigate ways improve or speed up their processes. Many players remain hooked on legacy systems and a mixed bag of spreadsheets and emails. So, in this regard, it’s also pleasing to see the Federal Government invest in programmes supporting digital literacy and uptake in Australia’s SME segment,” Mr Smith says.

Recent trade agreements include high-level provisions to enable digital trade. However, these provisions often leave the question of ‘how’ this will occur. Two obvious ‘work on’ areas are the need to harmonise data standards between trading nations and the urgent need for the Australian government to adopt two further tenets of the UN Model law underpinning future paperless trade.

Like many other APEC economies, Australia has ratified the model law for Electronic Commerce but has yet to do so for Electronic Signatures and Electronic Transferable Records. This is the trade equivalent of running a marathon with your shoelaces tied together.

Recent events such as Covid 19, geopolitical tensions and conflict in Ukraine have revealed a world where we can no longer take stability and prosperity for granted. Australia needs to find new ways to protect and extend its strategic advantages. Bold steps to simplify the trade system will not just make life better for Australia’s 57,000 exporters, and 380,000 importers – it will enhance Australia’s international competitiveness and help meet gaps in global demand. 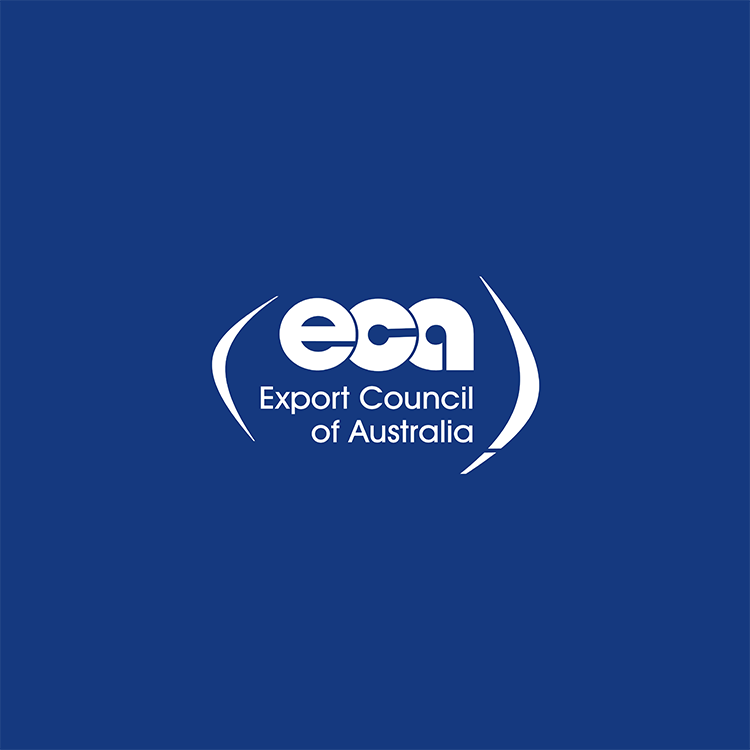 The Budget 2022-23 announcement addressed several pressing trade-related issues, including those that we strongly advocated for on behalf of exporters. International businesses will be supported through various initiatives such as the expansion of the Export Market Development Grants (EMDG) scheme, enhancement of the Simplified Trade System, and sponsorship of agricultural trade events that will promote export-focused agricultural goods and services. However, the Budget also acknowledges that world GDP growth will likely be lower, global inflation will be higher, and supply chains will remain constrained. So, the global economic landscape will continue to be tough for Australian exporters.
Download Media Release 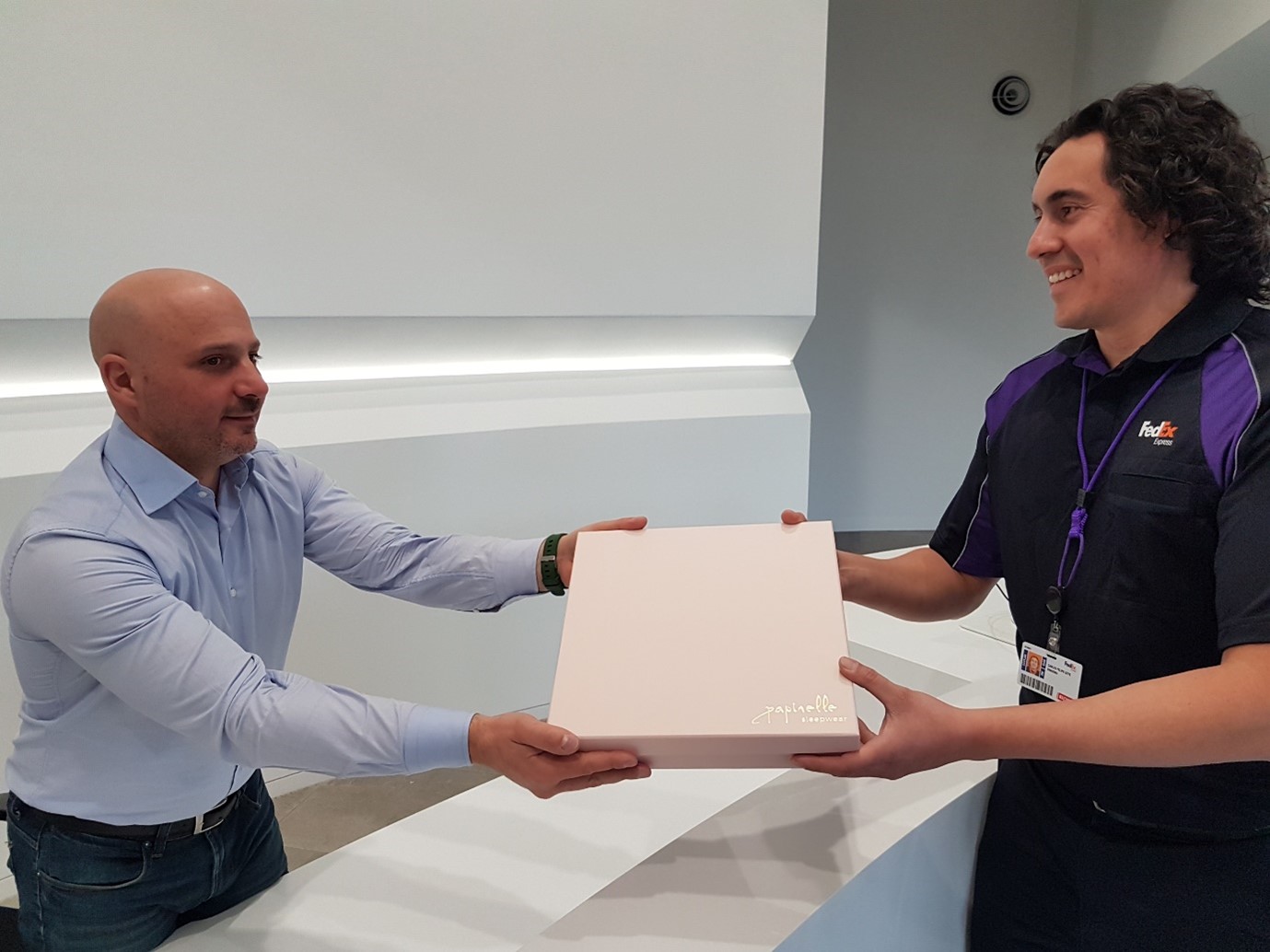 A homegrown Sydney SME has taken a popular lifestyle brand from local street market beginnings to retail across international markets. 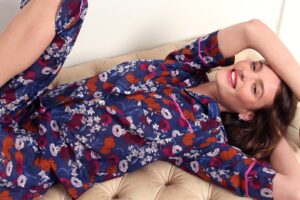 From humble beginnings at an artisanal street market in 2005, Papinelle – an ethically driven Sydney sleepwear start-up – is now a popular fashion and lifestyle brand in Australia and beyond. Founder and CEO Renae James started Papinelle straight out of university at the Paddington Markets in Sydney.

“I specialised in print design and received amazing feedback early on,” shares Renae. “Two years later I opened the Papinelle store on Oxford Street in Sydney where it still proudly stands.”

Following a successful decade-long journey building the brand in Australia with a series of floral feminine sleepwear, Papinelle decided to test the waters in the U.S. in 2015. Renae noticed that the demand from that market was unexpectedly strong. 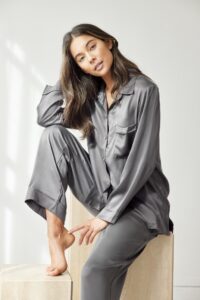 “We saw a positive response from new international markets. There was an incredible appetite for loungewear and sleepwear that was not only ethically-produced, but also comfortable and fashionable,” said Renae.

This led Papinelle to open a dedicated Direct to Customer (D2C) website for the U.S.  Selecting a reliable logistics partner is one of the most important decisions an SME has to make –  a vital part of the business’ success.  Papinelle selected FedEx as we were one of the most recognizable household names in that market.

Renae notes that business owners expanding internationally face a new set of rewards and challenges. This is especially true as the logistics landscape becomes increasingly complex, and businesses must find shipping solutions that meet time and safety expectations of international customers – who want to receive their orders quickly and without disruption.

“Papinelle was able to penetrate the U.S. market thanks to the FedEx network, which has particularly strong reach in North America. The ability to deliver to  all zip codes in the U.S. means FedEx can ensure Papinelle’s customers receive their packages in the least amount of time,” said Renae.

Loungewear is the new workwear

Adding to the brand’s success more recently, the global shift to remote work across many industries acted as a tailwind for Papinelle, bringing with it a large opportunity for further growth domestically and globally.

Loungewear sales have grown multi-fold since 2020. In 2021, the global loungewear market is estimated to generate 37.7 billion U.S. dollars in retail sales.

With a global surge in demand for loungewear that is both fashionable and comfortable, Papinelle continues to rely on FedEx to ensure its customers receive their orders seamlessly and efficiently. 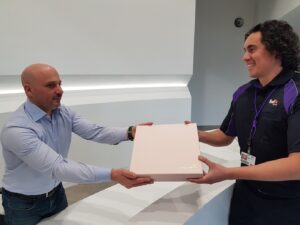 During the early stages of entering new markets, undisrupted cross border reach is crucial for growing businesses. The extensive network FedEx has helps Papinelle maintain business continuity and achieve seamless delivery experiences across its brick and mortar and online stores.

According to Renae, maintaining desirable customer experience while managing increasing volumes is an important consideration for small business owners operating across international markets.

“Customers expect a better experience than ever when shopping with you, including after they have gone through checkout. The delivery is as much a part of the customer’s experience of your brand, as your digital platforms and shipping options are,” said Renae.

Renae said that access to FedEx® Delivery Manager  has allowed her to focus on running her business, leaving the logistics management to FedEx. 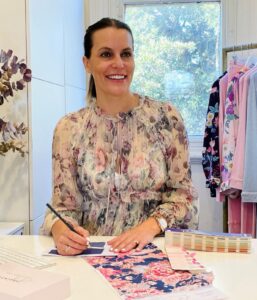 “I’ve found that FedEx® Delivery Manager offers two crucial advantages to our customers: proactive tracking and flexible delivery options,” said Renae. “My customers find it convenient to change their delivery address or specify a new delivery timeframe. They are happy about the visibility they have on their eagerly awaited packages from Papinelle. Overall, this leads to a good customer experience and gives our buyers more reasons to order again from us.”

“We use FedEx® Electronic Trade Documents  which makes completing paperwork for shipping easy. It helps us easily upload our trade documents for clearance and also helps reduce printed copies. We’ve found that it has helped reduce backlogs and costs,” said Renae.

“Our logistics partnership with FedEx has really delivered value for our business and helped us ensure the best experience for our customers, end-to-end.”

As an ally for small and medium businesses, we remain committed to the growth of SMEs.  Enabling SMEs to compete and win in the dynamic e-commerce marketplace is crucial.  Delivering tailored solutions is part of helping small businesses thrive in an ever-changing world. For more information on these solutions, visit our e-commerce page here.

FedEx Express is one of the world’s largest express transportation companies, providing fast and reliable delivery to more than 220 countries and territories. FedEx is committed to connecting people and possibilities around the world responsibly and resourcefully, with a goal to achieve carbon-neutral operations by 2040. To learn more, please visit https://www.fedex.com/en-au/about.html